by sambit
in Entertainment
0

How To Be A Sneakerhead

3 Disney World Hacks That Will Save You Time and Money

When it comes to its ecchi escapades, the anime series is arousing. With suggestive scenes and panty shots, the anime series doesn’t hesitate in showing ecchi glory. However, fanservice plays a significant role in the series. But still, it has a substantial character-driven plot.

What do we know so far about The Testament of Sister New Devil?

The Testament of Sister New Devil is originated as the Japanese light novel series written by Tetsuto Uesu.

On 7 January 2015, the first season of this anime series got aired following an OVA episode on 22 June of the same year.

Then on 9 October 2015, the show came up with its second season alongside a second OVA episode on 26 January 2016.

After two years, the third OVA episode got released on 28 March 2018. In a short time, the series got a massive anime fan-following due to its ecchi elements.

And they start looking for its third season. Well, the testament of sister new devil season 3 is not confirmed yet by the Production IMS. But that does not mean that the series got ended and will not renew with its third season. 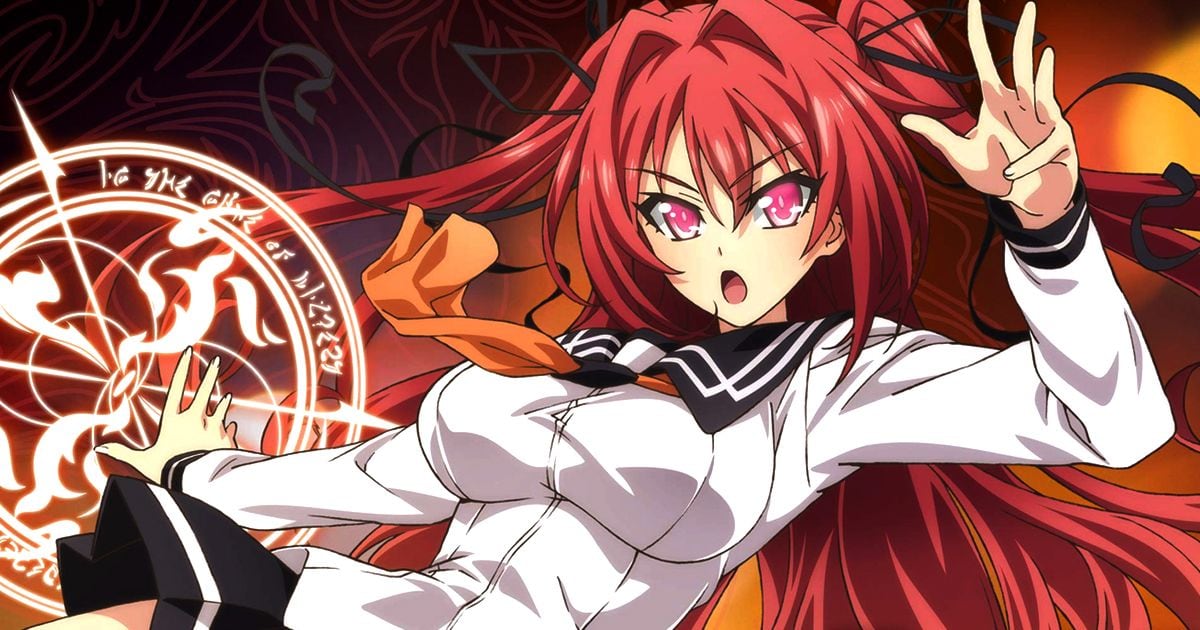 The Testament of Sister New Devil Release Date and Creators

The Testament of Sister New Devil Plot and review

The plot of the testament of sister new devil revolves around the life of a high school student, Basara Tojo. In the first season’s opening, Basara gets to know that his father is remarrying, and he will soon be the stepbrother of two sisters.

At this point, you’ll realize that the series will be going to be a mil harem series packed with explicit sexual scenes. But as you keep moving forward, you’ll be getting wrong. There will be a twist at the end of the first episode.

Lord Wilbert is a succubus and guardian of princess Mio. That is not enough. You will get to see that Basara and his father are exiles of the Hero clan.

After reaching the end of the second episode, you’ll find yourself hooked on the show.

Not because of the explicitly sexual story, but because of the storyline between the two rival clans and the characters. The best thing is that the series The Testament of Sister New Devil maintains a balance between engaging stories and sexual scenes.

Besides an exciting storyline, you must praise this series for its high-quality animation. IMS is the Animation studio production of the series that did a great job creating this fantastic piece.

They must be praised for maintaining a consistent quality standard throughout the complete series in slice-of-life moments and high-intensity battles.

However, there are few scenes and frames that dipped in a bit of quality. But the majority of the viewers doesn’t detract from the overall experience.

The series comes with a vibrant colour palette that is nice to our eyes. On the other hand, the design of your character also features vibrant colours.

Will there be The Testament of Sister New Devil Season 3?

Till now, we concluded that the series has a massive fan following due to its exciting storyline and ecchi element. However, both seasons got low critical ratings. But still, it commercially becomes successful for the producers.

Due to plot similarities, viewers start comparing this series with the Highschool DxD. But still, both seasons gained massive popularity and demand for The Testament of Sister New Devil Season 3 increased.

However, there is no official announcement of its third instalment from the Production IMS or any other company. But, it does not mean that the show ended with its two-season only.

There will be a third season release day that is not yet confirmed by their officials. However, the answer to this question lies in its source material.

Is there enough source material for The Testament of Sister New Devil Season 3?

The amount of source material left is one of the primary constituents for the renewal of this anime series. However, anime series get cancelled due to the lack of content.

Luckily, The Testament of Sister New Devil has enough source material for a new season. As a result, there will be the third season of this series. So there is no need to worry about the release date.

It will be announced as soon as possible if it gets confirmed by the officials.

If you want to know what the watching order of this series is, you landed on the right page. In this article, we’ll list down all the episodes released during OVA.

Moreover, we will also show you the correct The Testament of Sister New Devil watch order.

1. The Testament of Sister New Devil

Another Title:- Shinmai Maou no Testament

Running in a new stepsister from the bathroom is not the right approach to generate an initial impression. His father brings two women to the home and introduces them due to its new allies.

These ordinary girls were the Naruse sisters, sexy redhead Mio and miniature silver-haired maria. Girls show them as allies. Basara offers herself as a former associate of the clan of heroes.

But later, she starts taking care of her new sister. However, Basara decides to shield them with her abilities and strains a master-servant.

So here we got almost everything about The Testament of Sister New Devil anime series. We also listed down all the episodes released during OVA. Additionally, we showed the correct watch order of this series to help you adequately watch this show.

However, the third instalment of the show is yet to release. Still, there is no official announcement of the renewal. But you do not have to worry because you will be informed as soon as we get the update. So stay tuned with us.

How To Be A Sneakerhead

3 Disney World Hacks That Will Save You Time and Money